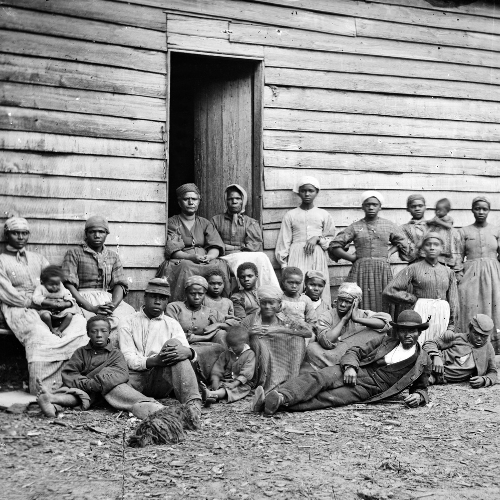 How Slavery Still Affects the Psyche of Black Families

How Far Back must we begin to heal?

The African-American community deals with a plethora of racial circumstances that continues to tighten the psychological chains on their mental health.

While there are many doing the work of dismantling the stigma of mental illness in the African-American community, the conversation of racism and slavery that rooted it’s feet in the side effects of intergenerational racial trauma is often neglected.

The deep rooted question we need to explore is, how far back must the work of psychological healing in the Black community take place as a whole?

The stigma around mental illness is palpable within this specific minority community.  We’ve long held on to religion and church as the primary and sometimes the only resource for healing, if it’s sought after at all.  There are also the unspoken messages of “what happens in this house, stays in this house” and “keep it moving no matter what” when certain circumstances such as anxiety arise.

Furthermore, while these are modern day messages, it still remains true that silence is the overarching go-to of our community.  During slavery, families held in captivity experienced trauma continuously.  The cruel acts performed against slaves and the requirement of families to watch as a way to keep them in compliance only scratched the surface of the intergenerational trauma felt today.

Fast-forward, the lynchings of African Americans in the 20th century where law enforcement were the culprits or passive onlookers continued to silence the community.  Black families were told to leave their towns and all they owned while white supremacists stole their land, homes, and other belongings.  Families did very little to speak about inequities out of fear of reliving trauma or retaliation by hate mobs.  These circumstances instilled silence further in the Black community.

Silence was not only engraved in the Black community, but it’s passed down from generation to generation.  Internalizing pain and pushing forward has been the norm.  While resilience keeps the Black community strong, it also keeps us broken.  It keeps us pushing through despite the professional help one may need to rise and fully function beyond mental illness.  We continue to show up in spaces with smiles on our faces, trauma in our hearts, and suffering in our psyche.

Today, the limiting or even denial of access to instruments of development and advancement while being blamed for low levels of accomplishment and achievement is a 21st century catch twenty-two.  Not to mention, the plight of shock when we achieve great levels of success.

While there are many fighting for equality in various helping realms, we can begin the fight of silencing the shame right within our homes.

“How far back must the work of healing in the Black community take place as a whole?”